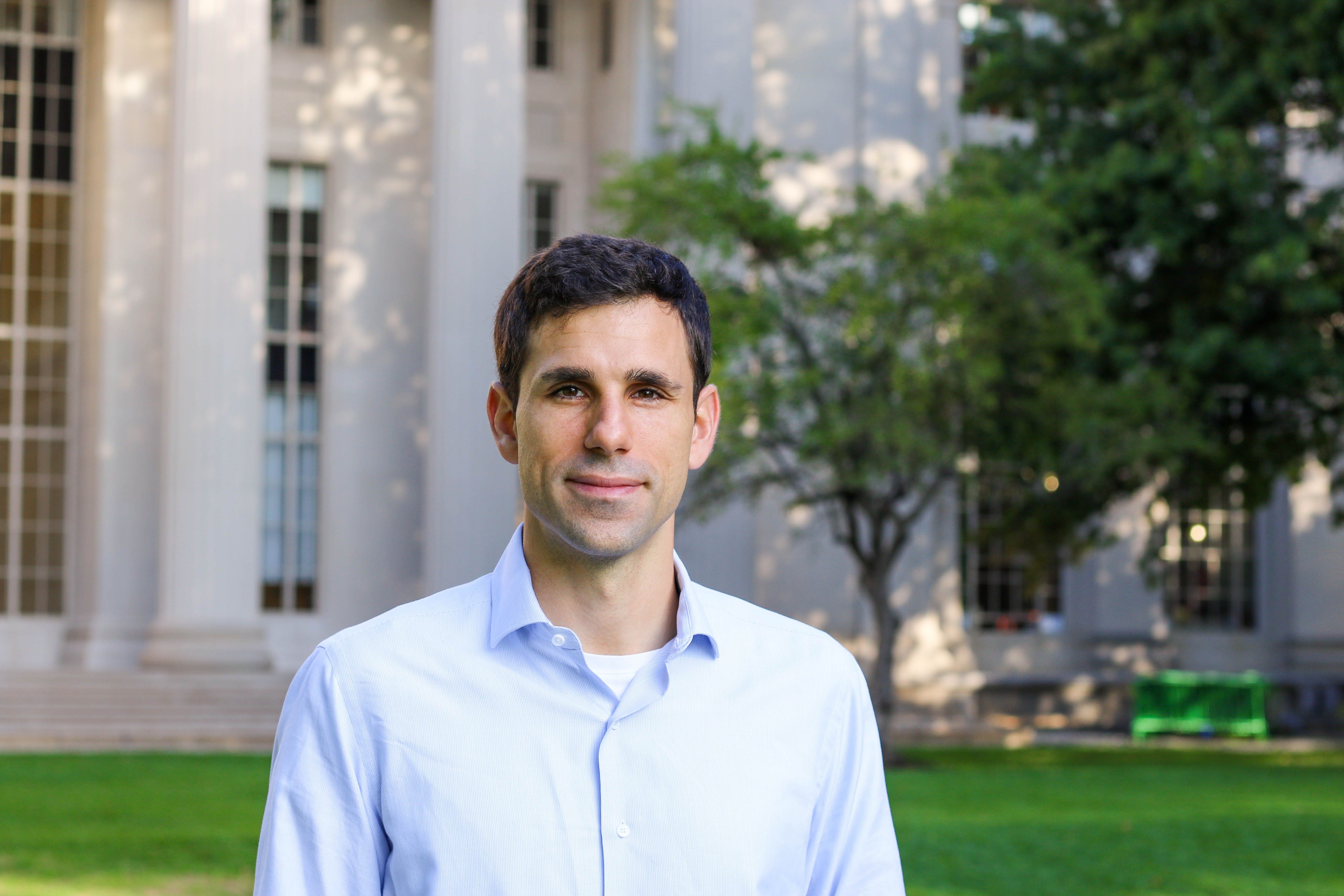 Dr. Sophie Rose and I recently met Dr. César de la Fuente when he gave the opening talk at the 8th International Meeting on Antimicrobial Peptides (IMAP 2017) in Copenhagen in August 2017.

César explained how he incorporates synthetic chemical biology and computational strategies as a way of redesigning antimicrobial peptides (AMPs). He believes that computational methods will play a much greater role in the future in the development of novel AMPs. However, it will still be necessary to overcome issues such as toxicity when moving from in vitro systems into animal models. The other is our inability to grasp the sequence space of AMPs. With 20 naturally occurring amino acids there are 20n different possible sequences of a peptide with n amino acids. The number of possible combinations increases further if non-natural amino acids are included. Computational and synthetic biology makes it possible to optimise the design of peptide sequences.

César’s goal is to build a peptide encyclopaedia that could be used to selectively treat infection. This would require early, rapid diagnosis. The infection could then be treated with a specific off-the-shelf peptide that would not disturb beneficial bacteria, such as the commensal bacteria living in the gut.

We discussed the advantages of using AMPs, also known as host defence peptides (HDPs), in treating infection. HDPs have evolved to protect against pathogens selectively whilst not damaging commensal gut organisms. In fact, our HDPs have co-evolved with our beneficial gut microbes. HDPs are cationic and beneficial gut microbes have a reduced negative charge on their cell surface, thereby making them resistant to cationic HDPs.

We discussed the subject of microbial resistance to AMPs. It was once thought that, because of the mechanism of action of AMPs, bacteria were unlikely to develop resistance. This has since been shown to be incorrect, although development of resistance does seem to develop more slowly than with conventional antibiotics. Cesar described how he is examining strategies for the design of AMPs that select for anti-resistance. This means selecting those peptides where bacteria do not develop resistance and identifying the amino acids associated with anti-resistance. The next generation libraries would then be enriched with those amino acids to see if it is possible to remove the selective pressure towards the development of resistance.

Other challenges include the pharmacokinetics of AMPs – if a peptide doesn’t remain in the circulatory system long enough to deal with an infection, for example. One issue with the in vivo studies needed to work out the pharmacokinetics is the cost of the peptides, making animal studies almost impractical in an academic setting.

We talked about translating research on AMPs into the clinic. The pharma industry does not have the same small molecule focus that it once had; 6 of the 10 top-selling drugs in 2016 were biologics, after all. However, there is a problem with antibiotics. As César pointed out, with an antibiotic you get sick, so you take an antibiotic for a week and you are cured. This makes antibiotics less profitable than drugs to treat chronic diseases. César sees government support as crucial in this area, with several governments offering support to start-up companies working on alternatives to conventional antibiotics. He cited the Review on Antimicrobial Resistance, supported by the Wellcome Foundation and the UK Government, as an example of the growing understanding of the need to address this issue. In the US, the Obama administration issued its National Strategy on Combating Antibiotic-Resistant Bacteria in September 2014. How this will fare under the current administration is another matter.

César was also involved in the session ‘Susceptibility Testing of AMPs’ where he was co-chair with Dr. Deborah O’Neil of NovaBiotics Ltd. In his own work he first tests his peptides for cytotoxicity and only selects those that give a negative result, i.e. they do not risk damage to the host cells. He feels that, at the moment, there is a lack of any correlation between MIC values and the dose needed (mg per kg) when treating a mouse systemically. MIC (minimum inhibitory concentration) gives a measure of how effective the peptide is at killing microbes in vitro, but the systemic dose may be many times higher. This means that a peptide that passes the cytotoxicity test may nevertheless show signs of toxicity in vivo. There is also a lack of understanding of the pharmacokinetics and bioavailability of peptides.

In conclusion, César said that he was optimistic about the future – like everyone else at the meeting. He thinks peptides will play a big role and is excited to see what lies ahead.