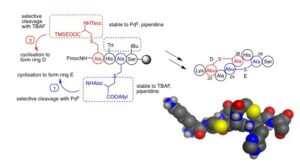 Cyclic peptides are of increasing interest in drug discovery projects because the cyclic structure allows pharmacophores to be arranged in an optimal conformation for receptor binding and/or because cyclic peptides are resistant to peptidases and hence more stable making them more potent and longer acting. The work of Ed Tate that featured in a recent blog is a good example of this. However, cyclic peptides are also common in nature for similar reasons and lantibiotics are good examples of these structures. After a recent committee meeting of the Protein & Peptide Science Group of the Royal Society of Chemistry, I chatted to fellow committee member Alethea Tabor, Professor of Chemical Biology in the Department of Chemistry at UCL about her work with lantibiotics.

These are a group of about 50 peptide antibiotics produced by a large number of Gram-positive bacteria such as Streptococcus and Streptomyces to attack other Gram-positive bacteria. These polycyclic peptides are characterised by containing the thioether amino acids lanthionine or methyllanthionine, forming cyclic structures with thioether bridges, as well as the unsaturated amino acids dehydroalanine and 2-aminoisobutyric acid.

There are some intriguing and potentially highly significant differences between the lantibiotics and other anti-microbial peptides. Unlike most other natural antibiotics, the biosynthesis of lantibiotics involves ‘normal’ ribosomal synthesis of a longer peptide, including a leader sequence, followed by post-translational modification to form the cyclic structure. The two groups of lantibiotics, type A and type B have different structures and different modes of action. Type A (e.g. nisin (Figure 1), epidermin and Pep5) are elongated and flexible amphipathic molecules that form pores in bacterial membranes. Type B (e.g. mersacidin and actagardine) are rigid globular structures that bind to membrane bound target enzymes and inhibit synthesis of peptidoglycan, the basic building block of the bacterial cell wall. 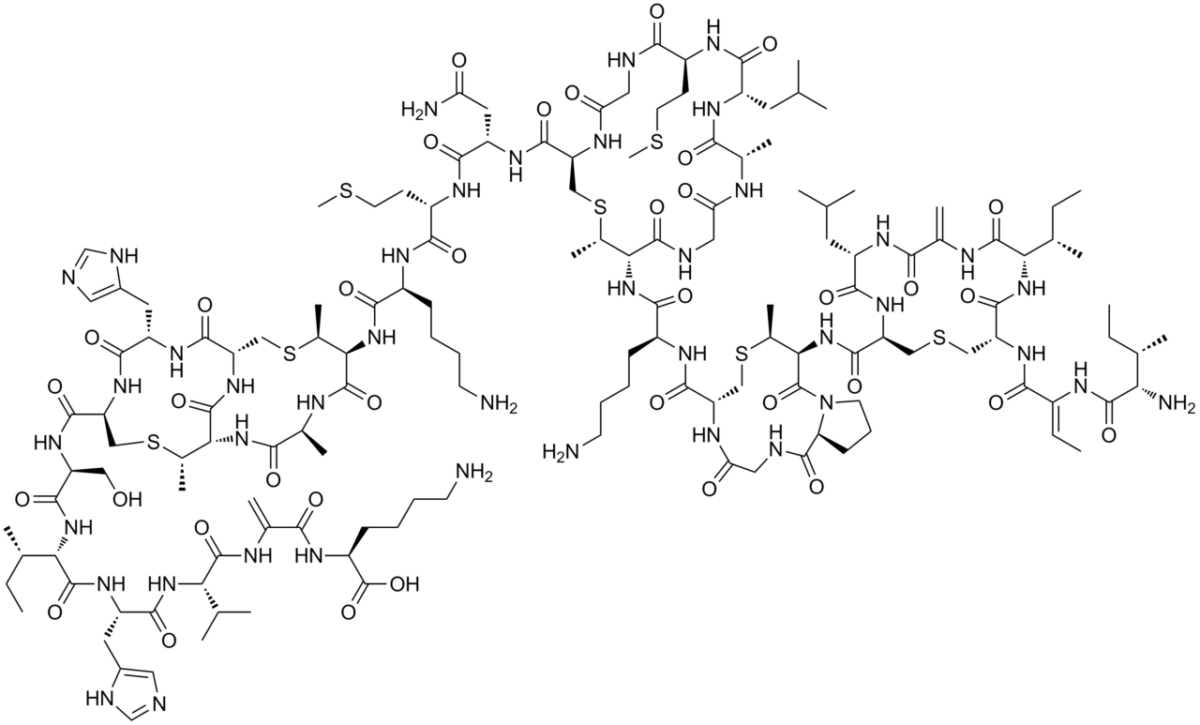 Figure 1 Structure of the lantibiotic nisin

However, nisin kills at nM concentrations whereas other pore-forming non-lantibiotic anti-bacterial peptides are active at only µM concentrations. Interestingly, the target molecule for both type A and B lantibiotics has been shown to be lipid II, the basic peptidoglycan precursor, so the structurally and functionally distinct groups appear to exert their different effects via the same target. In general type B lantibiotics bind to lipid II and inhibit cell wall synthesis whereas binding of type A lantibiotics such as nisin to lipid II seems to facilitate pore formation and more rapid cell death. Nisin is the first cationic amphipathic peptide that has been shown to form pores in a targeted rather than a non-specific fashion. As such it is of great interest in working out the molecular basis of lantibiotic action and also a key lead compound for development of potential therapeutics. There is an excellent review of this subject by Heike Brötz and Hans-Georg Sahl. The mechanism of action of lantibiotics means that development of bacterial resistance is highly unlikely, as lipid II is essential for cell wall biosynthesis and its structure is highly conserved: moreover nisin has been used as a food preservative for several decades without significant bacterial resistance being observed. This class of antimicrobial peptides therefore represents important leads in the ongoing fight against the rise of antibiotic-resistant strains of bacteria.

Problems to be solved in developing useful therapeutics include stability and synthesis. Natural full length lantibiotics can be produced by fermentation, but unpicking the molecular basis of action as well as addressing issues of stability, bioavailabilty and potency requires synthesis of truncated peptides and analogues. For this reason, Alethea’s group is developing solid phase methods that will be generally applicable to lantibiotic synthesis.

One challenge of the chemical synthesis of lantibiotics is the formation of the thioether bridges. Lanthionine (Figure 2) can be thought of as two alanines joined via their side chains through a thioether bridge. The Tabor group have developed an orthogonal protecting group strategy whereby lanthionine can be used in conventional Fmoc solid phase synthesis (Figure 3). 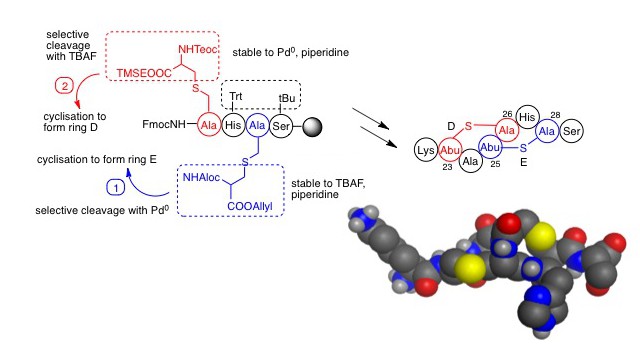 Figure 3:Use of lanthionine in conventional Fmoc solid phase synthesis of lantibiotics

Of the two amino groups, one is protected with Fmoc in the normal way whilst the other is protected with Alloc (allyloxycarbonyl) and one carboxyl is Boc-protected leaving the other available for attachment to the free amino group of the resin-bound peptide. Selective removal of the Alloc group with Pd(0) allows cyclisation to be completed. Chemical synthesis of lantibiotics with two lanthionines (i.e. two ring structures) is more challenging still, but additional orthogonality can be achieved by use of silyl protecting groups. In this way, the Tabor group were able to report the regioselective synthesis of a nisin analogue. Alethea recently published a review of the recent advances in the synthesis of analogues of the lantibiotics and the group is now able to prepare peptides containing multiple and even overlapping thioether bridges.

While nisin has been used as a food preservative since the 1960s, the synthetic work made possible by methodologies such as those being developed by Alethea’s group is opening up the possibility of developing new types of highly potent anti-microbials.

These are the key references to the work of the Tabor group:

The most recent review article:

For one of the best overall review articles on the structure, function and biosynthesis of the lantibiotics: